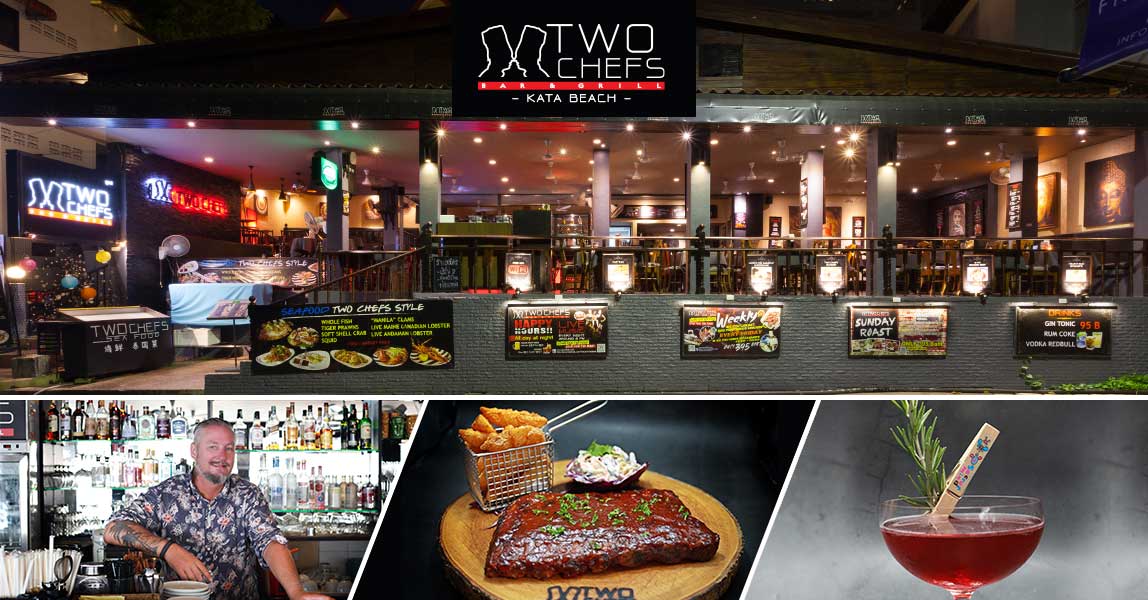 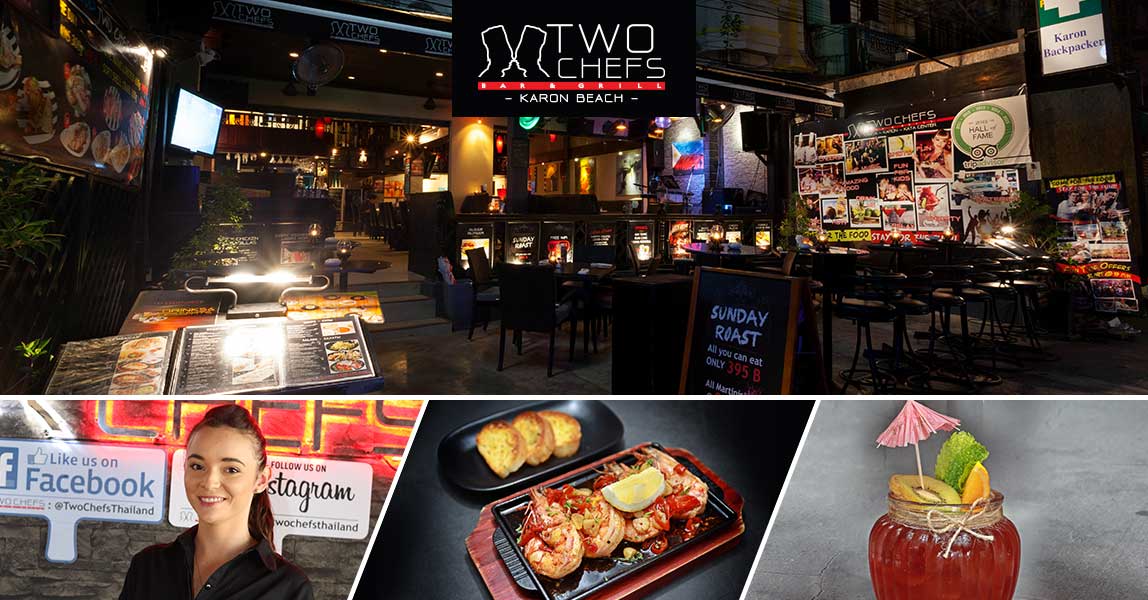 The story of Two Chefs begins like most other stories of tourists who came to Phuket. The Two Chefs, Billy and Henrik, fell in love with the beaches, the people, the food and the atmosphere and came back for several years to spend their holidays.

After many years, as tourists, Billy and Henrik decided to give it a go and started to make plans to open a restaurant in Phuket. In the year 2000 it became real and the Two Chefs, from Sweden, opened their first Two Chefs Bar & Grill in Kata and later on more ‘Two Chefs’ opened in Karon and Patong.

With their vision of quality above quantity, they managed to create an international menu where local ingredients are combined with high quality imported products that meets the needs and wishes of the tourists and residents alike in Phuket. Together with amazing live music, which is performed by the famous and widely known Two Chefs band, the concept of Two Chefs was born as it is now.

“Come for the food, stay for the fun!”

But this was not the end, since Billy and Henrik are always open for new things, the Two Chefs started the Two Chefs Inn (hotel) in Kata and the Two Chefs Catering which gives the people in Phuket the possibility to enjoy the Two Chefs experience in all kind of settings here in Phuket. The Two Chefs are still active and looking for new opportunities so the story of Two Chefs will continue!